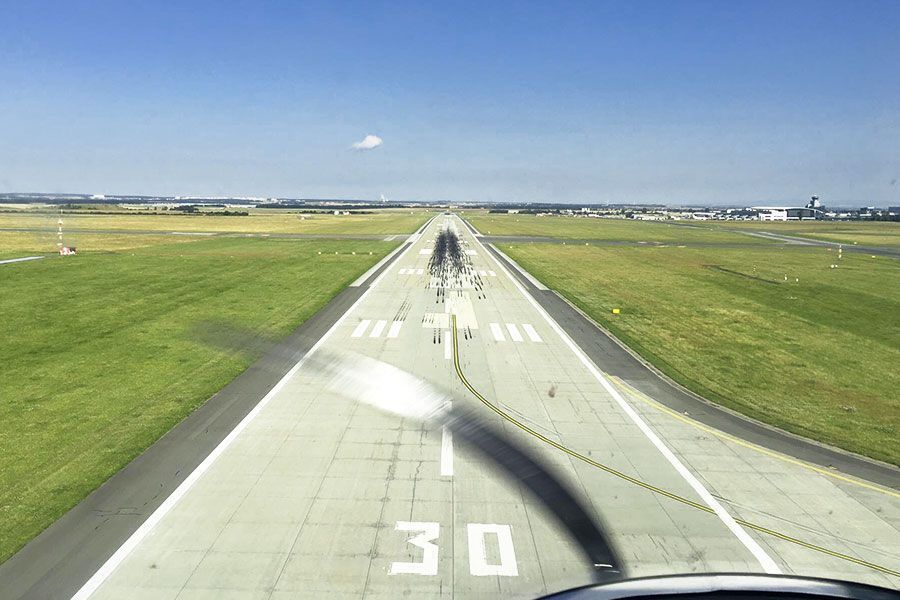 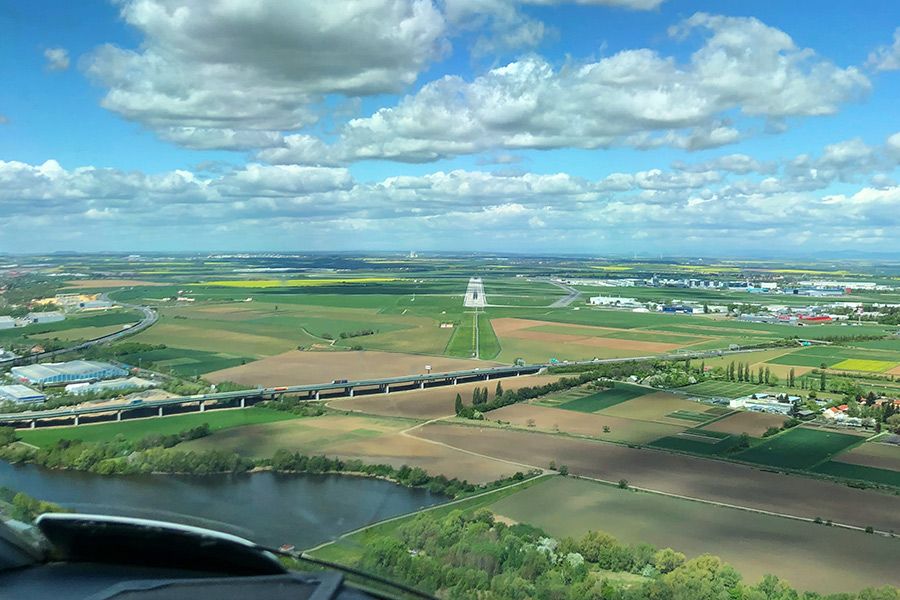 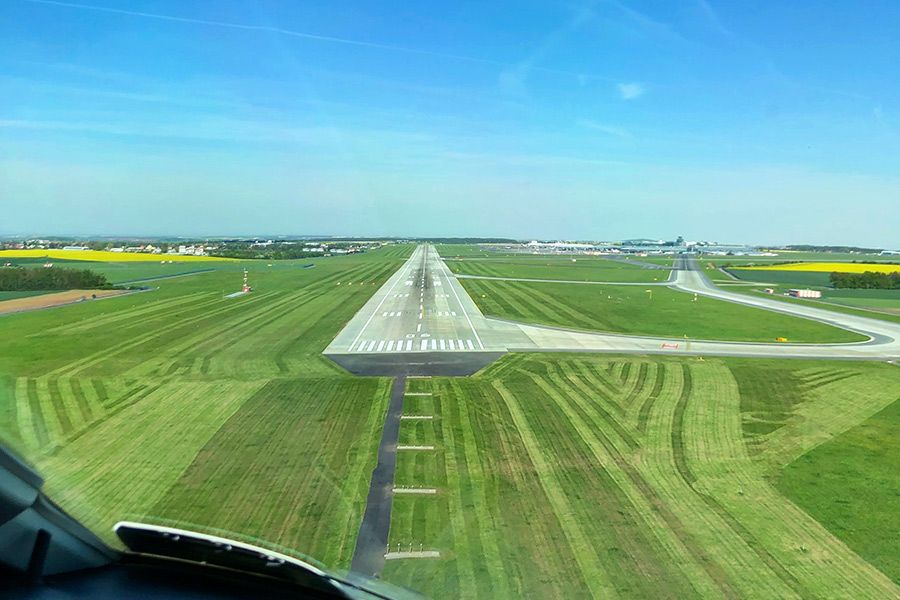 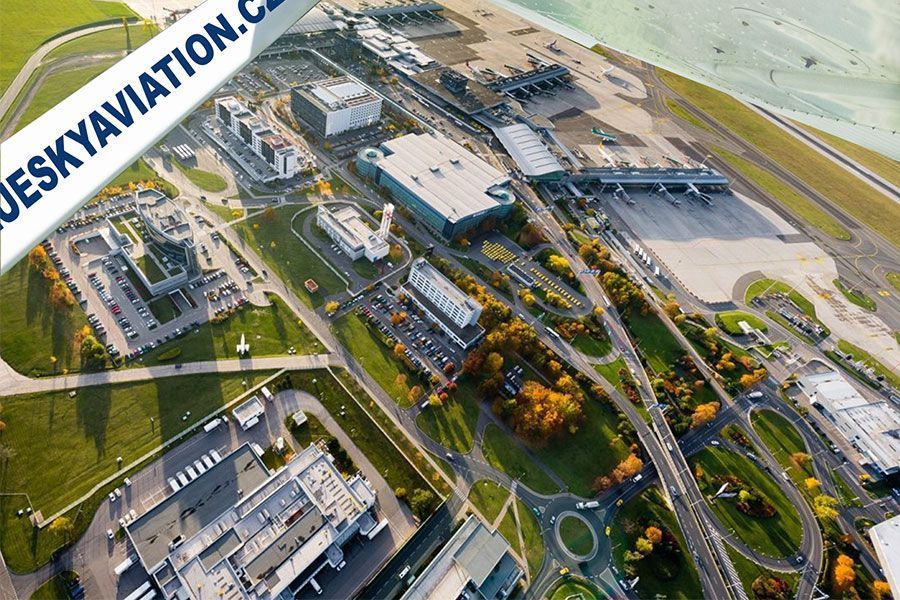 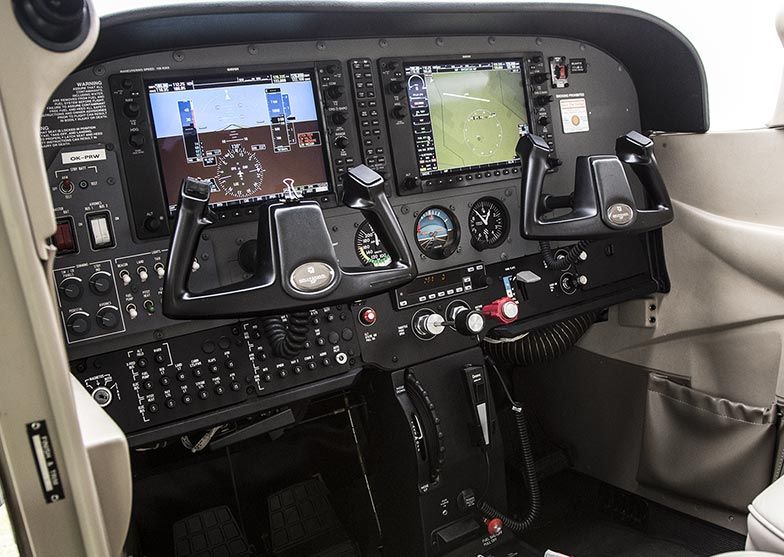 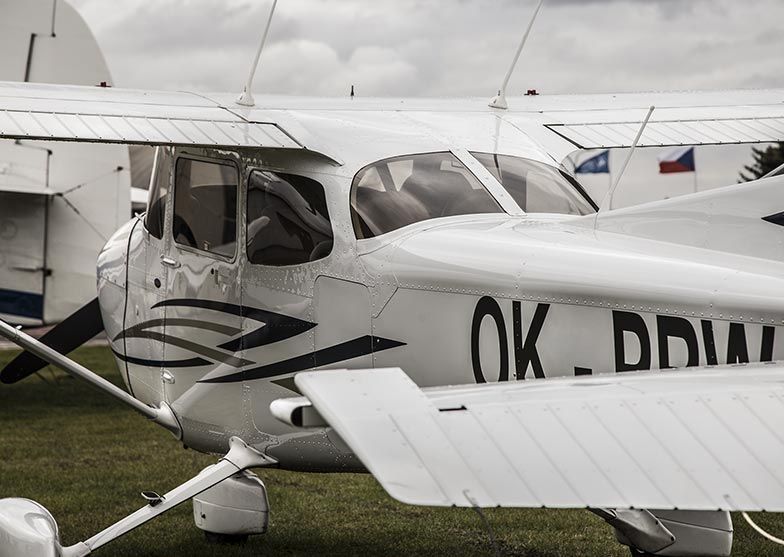 LANDING ON THE V.HAVEL AERODROME

Please complete the online reservation request form below to book your flight adventure tour. Once submitted, we will send you a confirmation of your flight reservation within 24-48 hours.

We will send you a gift certificate (if you use this option) electronically right after your order has been settled.

LANDING ON THE V.HAVEL AERODROME

TRANSFER
TO THE AIRPORT

LANDING ON THE INTERNATIONAL AIRPORT IS A GREAT EXPERIENCE!

Landing at an international airport such as V. Havel Airport in Prague - Ruzyně is an amazing adrenaline experience that you will remember for a long time.

Even though we fly a "small" single-engine airplane we get the same airport service as the big airliners have.

We will fly into the flight space around the airport, which is closed for common sightseeing flights. Great is the approach and landing communications with the airport tower, navigating to the landing, seeing the heavy air traffic all from the cockpit of the plane and the pilot's seat.

We will land mostly on the RWY30. After landing, the handling service will lead us to the Terminal 3 where we will rest for a while, photograph and prepare ourselves and the plane for departure.

The flight itself is a ‚Pilot on trail‘ flight with a landing at V. Havel Airport in Prague-Ruzyne.

You yourself will pilot the plane, to climb or descent, perform basic turns. You will get familiar with standard aviation instruments.  Since the aircraft is fitted with dual controls, you can enjoy everything from the commander´s seat, but you will always be under supervision of the co-pilot, who can immediately correct the flight. The only thing you leave to the main pilot will be take-off and landing.

What's waiting for you:

On board you can take one friend or loved one as an accompaniment and support. 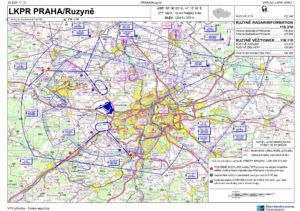 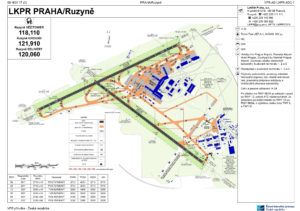 We fly this flight with Cessna 172SP. Cessna 172 is a four-seat, single-engine, high-wing aircraft, which excels with its excellent flight properties, simple pilotage and especially high safety. Thanks to its properties, it has become the most common type of aircraft used for pilot training all over the world.

Our aircraft Cessna 172SP - OK-PRW is almost new with great interior and exterior. The engine is Lycoming with horsepower rating 160 HP. A propeller is fixed. Aviation equipment is Garmin 1000 with integrated autopilot KAP140.

The Cessna 172 is the most successful aircraft in history. Cessna delivered the first production models in 1956 made by the Cessna Aircraft Company. Cessna, and its partners, had built more than 43,000.

Thanks to its great flight characteristics and high flight safety the aircraft Cessna 172 is excellent for pilot training, sightseeing flights and other aerial works.

“In the name of my son and my parents, I would like to very much thank you for the amazing experience we had! My parents enjoyed the trip immensely. You and your husband made our Sunday a beautiful one, not least because of the way it was organised and the willingness to help on your part. I must admit that in the case of my Dad, piloting the airplane will most definitely be an unforgettable experience. :-)”

“We’ve already found ourselves in the clouds with Blue Sky Aviation on several occasions – including when we organized a flying day for children. We really appreciate your professional and personable approach, your natural ability to communicate, your helpfulness … Everything was absolutely perfect!!!”

“We really enjoyed the flight. It’s totally different to flying in a large commercial airplane. In the beginning you feel a slight twinge of apprehension, but it’s not long before you start to enjoy looking down on the landscape you know but from the ground below … once again, I’d like to thank our pilot for flying us to our chosen destination.”

“Thank you for the perfect gift of a flight above Krkonoše (the Giant Mountains) on 24 October and for making sure the service was perfect … and the beautiful weather. This definitely won’t be the last time we’ll be using your service.”

“Thank you for the photos from the pilot. I have to say that the flight was a fantastic experience for us and everything was carried out in a professional manner. Thank you – we can only recommend your services.”

“Despite certain reluctance on my part, we enjoyed the trip. Domís and my wife in particular were absolutely thrilled; I was surprised and, more to the point delighted, to have the opportunity to pilot the aircraft myself. We have no suggestions for improvements; the flight itself was great, as was the entire organization around it. It’s super to see that your work is also your hobby; it means that both you and your husband are much more positive with us passengers. What’s more, the fact that you look on airplanes as an ordinary means of transport for you and your family and that you bring your children to their grandparents by plane makes me smile and evokes a feeling of admiration on one hand, and is the ultimate in reassurance, on the other (well, if he flies his children from A to B, then he must know his stuff so the plane is not going to come down with us in it

It was fantastic to know where we were at any given moment, what exactly we were flying over. Also, being able to listen to the surrounding traffic through headphones only added to the atmosphere of the trip and “sucked you into the narrative.
Thanks again – we thoroughly enjoyed the experience

Wishing you every success for the future, both personally and professionally, and if we decide to go for a similar experience again, you will definitely be top of our list.”

“Recreational flight above the High Tatras
Our weekend plane trip to the Tatra Mountains was amazing. I have to commend the company on absolutely everything: the flight itself, especially the amazing flight over the High Tatras, our both superb and friendly pilot Jenda Kopsa, our luxury hotel accommodation, including transport, meals and the use of the wellness center, and the magnificent surroundings of the High Tatras. The only little cloud over the weekend was that strong winds on Sunday prevented us from taking the cable car to Lomnický peak. Despite this, at least we managed to go by cable car with Kuba to Skalnaté pleso (Rocky Mountain Lake) in the afternoon. Yes, and again the clouds made it impossible for us to make a low flyover of the Low Tatras and Fatras on our return journey, as originally planned. But an added bonus was a stopover for refueling at Brno Airport and what was virtually a night time landing at Letňany Airport. So, we actually got to experience absolutely everything during our flight. But, even so, in the end we have nothing but the very best memories of this trip. Máťa thoroughly enjoyed the flight and the whole weekend and these days that’s really what’s most important for us. All the other things happening around us are mere trivialities.

To conclude, I’d like to very much thank you and the entire Blue Sky Aviation team for making our Matěj’s fantastic flying wish come true for him and for all the family. And, of course, we would especially like to thank all of those who made donations to Matěj’s Pink Bubble account for making it possible for him to go on this trip. We mustn’t forget the Krolák family who deserve very special thanks.

Give my regards to your husband Igor and pass on our thanks to him for making the time before the flight a pleasant one, and to our pilot Jenda for his perfect piloting and the super flight and to the Krolák family for our amazing stay at the Grand Hotel Prague. And of course my warmest greetings and a big thanks to you personally …. ”

Recreational flight above the High Tatras

HOW TO GET TO THE AIRPORT?

The pilot will pick you up at the Kladno Airport main entrance gate. Just let us know when you are there. Arrive to your fly at least 10 minutes before the scheduled start time.

Children are welcome on board! We recommend children ages 4 and up. Children under 15 years of age are required to have at least one accompanying adult. A child car seat and a child onboard receiver are provided for a safe and comfortable flight and enable children to get a good view from the window.

All passengers, including children, wear a seat belt during the duration of the flight. Children on board, please indicate when booking a flight, to ensure the necessary facilities for children.

WHAT TO BRING TO THE BOARD?

There is no need to prepare for the flight. The airplane is warm even in the winter. Remember only the camera - to capture unique images and make a lasting memory of your flight.

WHAT IS THE STATE OF AIRCRAFT?

Your safety is our priority! Our aircraft are nearly new or upgraded continuously to keep pace with modern times. They are equipped with the latest technology to improve safety and comfort for both pilots and passengers. They have modern navigation and control instruments as well as comfortable and renovated interiors. Our aircraft undergo a thorough revision at an authorized aviation workshop after every 50 hours of flight.

Flights are subject to weight restrictions at the discretion of the pilot in command. When transporting more than 2 passengers, you may be asked to report the approximate weight of all passengers, incl. luggage.

The BLUE SKY AVIATION company - the provider of BLUE SKY ADVENTURES services - is liability insured. From start to landing ease your mind with the knowledge that you are fully insured. All of our aircraft are commercially insured for passenger carrying operations in accordance with the "Regulation of the European Parliament and Council Regulation (EC) no. 785/2004".

HOW AND WHEN MAKE A RESERVATION THE BEST?

Best way to make a reservation is to call us: +420 603 403 355 or you can sent us an email or sms and we will contact you immediately. The flight can be booked on our email: info@blueskyaviation.cz or you can use our contact form on our website.

The sightseeing flight is possible to book just a few days ahead. We recommend a week ahead of schedule. The adventure flight, which is in the range of several days, is necessary to book in advance approximately 2 weeks.
Flights can be booked all year round, weekdays and weekends, in the morning or afternoon hours.

WHAT HAPPENS IF THE WEATHER IS BAD?

If your flight is canceled due to poor weather we’ll call you to schedule your flight for another day at no additional cost.

• No refunds within 24 hours of flight time.

• No refunds or reschedules for not arriving for your reservation.

DO I HAVE TO ORDER AND PAY AHEAD?

Yes. We highly recommend you order your flight via our web page or calling us. Price of your order has to be paid ahead. You can pay by a bank transfer - number of our account is 777282/5500, a variable is the date of the order, in a report there write your name and surname. After we receive your payment we will send you an invoice via email.

You can pay your order using online payment provided by GoPay.

HOW LONG IS A GIFT VOUCHER VALID?

The term of your flight can be booked up to 12 months from the date of purchase. If for some reason flight will not be able to realize within 12 months of their purchase, it is still possible to extend the validity of the order. Just call us.

DO YOU ACCEPT PAYING BILLS?

We do not accept paying bills.

We provide a transport to our customers with a comfortable and fast car from Prague, either from Zličín metro station or from Nádraží Veleslavín metro station. The ride takes 15 minutes. The service is charged.